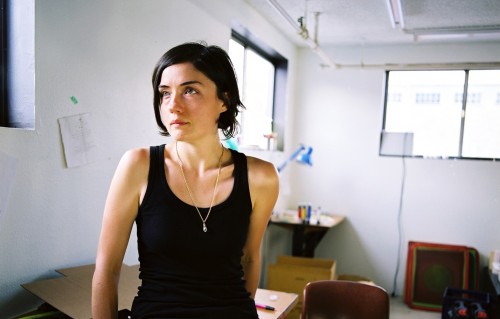 • Grouper hasn’t released a proper record since 2008’s acclaimed Dragging a Dead Deer Up a Hill, but Liz Harris shows she’s still got her ambient chops with the Dead Moon cover. Harris spaces out on this blissful, hazy slow jam and makes us want the next album even more.
MP3: Grouper – Demona (Dead Moon cover)

• The Weeknd’s last mixtape included a knockout Michael Jackson cover, so it’s only fitting we hear another Weeknd cover so soon after. Dream pop quintet Saskatchewan (who are from Orlando) gets their R&B on with some funky sex pop.
MP3: Saskatchewan – The Morning (The Weeknd cover)

• After Radiohead cover a song, you might think most everyone else would avoid it. Not Brooklyn duo Beacon, though, who bring a twitchy electronic vibe to Portishead’s “The Rip.” Radiohead’s cover was actually acoustic, but if they’d done the song on King of Limbs, it might well have sounded like this.
MP3: Beacon – The Rip (Portishead cover)

5Share
You might also like:
Lightouts Channel the ’90s with The La’s “I Am The Key”
Lightouts Combine David Bowie and LCD Soundsystem for …
Boyce Avenue Deliver First Cover of New Coldplay Song
Watch: Rockabilly Revivalists the Baseballs Return with …
Watch: Neko Case Joins My Morning Jacket for “Islands in …
The Mad Mackeral The Jangle Box